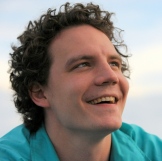 Yay! I convinced my son-in-law Jeremy to write another guest post for me. Have you experienced anything similar in your school, now or in the past?

Nothing is worse than having to sit through a class you cannot stand, as an unfair professor can make your life a living hell. But now that an entire season has passed and I’ve had ample time to recover and even procrastinate, I feel the need to follow up on something. Several months ago I wrote a short, satirical essay [College: Where You’re Liberal or You’re Wrong] about my first college class, and how it turned out to be a waste because my professor, Mr. R, was a hypocritical bigot.

Although much of the same abuse which I discussed in that paper persisted for the remainder of the class, eventually Mr. R and I found some common ground and slowly developed a mutual respect for one another. Considering his attitude towards me and my beliefs, the fact that the two of us were ever able to see somewhat eye-to-eye is actually rather remarkable, so I (driven by the gentle, yet persistent, persuasion of my lovely mother-in-law) felt it would be good to share a little bit about how that came to be. The following is a random assortment of our exchanges which brought us to our somewhat common ground.

I suppose it would be best if I start with why I developed any sort of respect for Mr. R. at all. Despite finding problems in just about all of his logic and reasoning, over time I found that the man had a heart. He was very much into the hippie movement’s values of love and peace, and pushed those moral judgments throughout the class (while still maintaining an attitude of moral relativity… =/). Nonetheless, I can respect a man who would rather strive for a peaceful world than one full of strife and hate. He was very much against weapons and war and poverty and selfishness (or so he claimed), which I mostly agreed with. However, I think the single largest respect-winner for me was when he was talking about the poor one day, and then mentioned that he had been mugged once. Although he admitted he was angry about it at the time, he eventually figured that the man who stole his wallet probably just really needed some money, and that the $80 or so he lost was not that big a deal after all. I couldn’t help but to award Mr. R. some “kudos” for his very forgiving attitude towards a man who mugged him. Although Mr. R. persisted in having his actions conflict with his statements, and I strongly disagreed with a lot of his conclusions, I still respected his struggling attempts to push love and peace despite the perversions he attached to them.

Mr. R’s respect for me seemed to come rather slowly and painfully, but grew out of the way I could refute just about anything he said. Although being labeled the “religious fanatic” from Day Two of the class, Mr. R. eventually realized that I was no fool. I used every single paper I wrote in that class to poke holes in his logic and ideals, and in time it became more and more clear that he couldn’t really deny it. In fact,  I remember one paper where he wrote a comment about how my arguments are generally extremely valid and strong (although, he then resorted to ad hominem to make himself feel better by attacking my “lack of sympathy” for others), and then another time when he told me my future career needs to involve writing. Actually, he flat-out told the class (a few times) I was the strongest writer in the room, and even read some of my work aloud. Next thing you know, I even had a few other students asking the crazy religious kid to proof-read their papers! Imagine that—you can believe in God and not be a moron. Crazy.

If my writing skills weren’t enough, the class presented me with endless opportunities to poke holes in Mr. R’s, and other students’ thoughts. I recall one instance when the guy who I deemed our “yuppie philosopher” began to explain the difference between morals and ethics—the former being personal beliefs and the latter social guidelines for behavior… or so he thought. I began to explain to him how all that he had really done was take the ideas of absolute/objective morality and relative/subjective morality and repackaged them with new names. Ironically, while I was explaining all this to my classmate, I noticed that Mr. R. was in the processes of writing “Absolute morality,” and “relative morality” on the board so that he could enlighten us. However, I apparently beat Mr. R. to the punch, as by the time he finished writing, my new friend seemed to have realized he had made a mistake. The religious fanatic knows about morality. Go figure.

Another favorite move of mine was when we were given a handout with a page about white supremacy from a book Eldridge Cleaver wrote.   Before I left the class, I had highlighted a short paragraph about how the white man likes to give the black man names to which a certain moral stigma is attached, whose purpose, of course, is to keep the black man in his “place.” Next to that paragraph I wrote, “I think I understand. This is like attaching words like ‘religious,’ ‘Christian,’ and ‘Republican’ to those things which you wish to demonize and belittle, right?” and then left it on his desk in plain view. Although I never got a response about this, I could always tell when my arguments were not lost on him.

Near the end of class, Mr. R. had us watch the movie “Hair” (based on the hit musical), which was all about some free hippies trying to save a girl from a horrible society. At one point in the movie, the main character (a hippie, who supposedly hates social status) crashes an upscale dinner party and begins to dance on the table, mocking everyone and kicking their dishes around. Later, Mr. R. talked about that scene, asking if it would ever be possible that hippies and snobs could get along and love one another. He concluded that the snobs would have to give up their attitudes and be willing to embrace the hippies. Immediately catching the hypocrisy, I reminded Mr. R. that the so-called “snobs” had really done nothing wrong—they were having a dinner party (which was obviously intended to look very dull [bias, anyone?]) and then the hippie, who lacked any kind of love and respect,  crashed the party by acting like a little hooligan. Ironically, the hippie was the one being a bigot, and the social snobs were the victims. All Mr. R. had to say in response was some quip about how I should just keep voting for those kinds of people, because they obviously really care about me. Despite the fact that Mr. R. clearly ignored my repeated comments about my political affiliations and the fact that they had nothing to do with our debate, I could tell he was troubled by the swift dismantling of his poor judgment.

On our final day of class, Mr. R. shared with us his near-death experience. Apparently he over-dosed on drugs at one point in an attempt to commit suicide and could remember what it was like to be dead. The part I found very interesting about his story was when he talked about having to stand in front of his whole family while he was being judged for all of his wrong-doings, and how his family was asked if anyone would take accountability for his actions. So, me being me, as I said my final good-byes and wished Mr. R. the best before I left, I couldn’t help but ask him how his experience with being judged tied into his views on moral relativity. After all, if there is no standard by which one can judge, you cannot possible judge someone (this also reminded me of our first day of class when Mr. R. told me he likes the idea of Jesus, but doesn’t like the idea of judgment).  Again, this comment merited no response from Mr. R., but I’m quite confident it made him think a little. Even in the last moments of the class he couldn’t escape the reality that there are some significant issues with some of his logic.

So anyway, after a semester full of papers and comments and rebuttals, Mr. R. established a respect for me as being intelligent, and I reciprocated the favor because of his sympathy.  What started out as a Christian witch hunt (and remained so, truthfully) eventually turned into an odd-ball mutual respect and even friendship. We both realized that we actually knew one another fairly well on some level, even more so than his other students (who generally agreed with him on most everything), due to our shared compassion for people, and intellect. Mr. R. had even made some nice comments about me, saying that he put me in a very bad position yet I handled it very nicely, and that all the comments I made, which left the students scratching their heads, he understood. He made it very clear that I’m obviously an “A” student, that he was mistaken about me, and that I will likely have a successful career in whatever I end up doing.

Ultimately, Mr. R. and I both walked away with a better education—h began to see the error of some of his ways, and I, despite learning nothing about English,  was able to learn a fair amount about Christ. As it turns out, Jesus was onto something when he taught us to humbly (and humility was somewhat lacking on my end, honestly) serve even those who oppress us, and yet not back down from truth. By putting up with Mr. R’s garbage and bigotry for an entire semester (much more difficult to do than it sounds), it seems I was given the opportunity to let the man see a very small fragment of what the real Jesus—not the white, politically-motivated, land-owning, imperialistic, misogynistic, Republican Jesus—is actually like, as well as catch a better glimpse myself. And as it turns out, I think even Mr. R. himself cannot deny the truth behind Him, nor a personal attraction to it, no matter how much it bothers him. Although I plan on taking a break and focusing on other things for a while, I really hope I get an opportunity to take another one of Mr. R’s classes so I may check up on my new friend and see if I made an impact on him after all. Meanwhile, I now have a good personal example of how God never allows anything to go to waste, even when we cannot see begin to see the light while we are in the middle of the tunnel.

One thought on “English 121: Resolving Ambivalence”