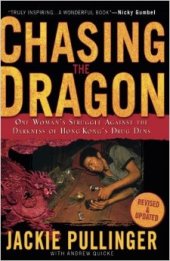 Consider someone whose life is filled with incredible hardship. Danger and disease. Sacrifice. Doubt. And yet amazing faith. Grace. Intense joy.

I’m not usually big on biographies. Many of the ones I’ve tried to read have seemed to muddle along, the story filled with inconsequential details the author just couldn’t bear to leave out. But I make an exception for Christian biographies, especially those of cross-cultural missionaries. People who obey God’s call rarely live boring lives!

I’m currently reading Lorry Lutz’ new book, Daughters of Deliverance. It’s about the life of Katharine Bushnell, who first defied tradition to become one of our country’s first female physicians, and then spent several years in China as a medical missionary. On her return to the U.S., her heart was broken by the plight of abused and starving women forced into prostitution and white slavery, first in Denver, then in Chicago, and finally in the lumber camps of Wisconsin. Giving up her medical practice, she risks her reputation—her very life—to expose evil and rescue its victims. I highly recommend this book! (You can download it for free with Kindle Unlimited.) 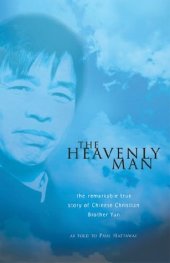 Why read about the lives of others? After all, the lessons they learn aren’t necessarily the same ones we’re being taught. Their challenges aren’t ours. I haven’t been called to medicine, or China, or to rescue prostitutes or trafficked women (although I care about all those things). I don’t care for orphans, as George Muller and Amy Carmichael did. These books are entertaining, but is there an additional benefit to reading them?

Absolutely. Take George Muller, for example. He spent much of his life providing a home for children who would have otherwise been alone on the streets. In order to do so, he depended on God to provide for their needs through the generosity of others. Muller is famous for never asking for money. Instead, he spent hours in prayer—and God answered. His biography is a series of incredible miracles. At times, the provision for a meal would arrive as they were sitting down to an empty table, but they never went hungry.

Pete and I don’t rescue orphans, but we do depend on God to provide for our needs. Often, that provision arrives just in the nick of time. For example, at one point we were about to mothball our ministry due to lack of funding. We were literally minutes away from sending an email to our supporters, telling them we were putting everything on hold, when God prompted Pete to check the mail one more time. Sure enough, it had just arrived, and there were three envelopes waiting for us. The first contained a check for $50. The second held $500. And the third was enough to keep us going for several more months! 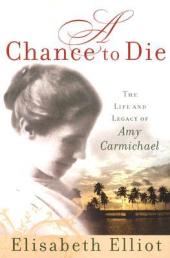 In the book on Katharine Bushnell, there are several times when she fervently seeks God’s will—should she stay with the man she loves and hopes to marry, or should she go to China, where her medical skills were desperately needed? Should she give up her work among Denver’s prostitutes and move to Chicago to minister to the women trapped in Hell’s Half Acre? Like Dr. Bushnell, we come to crossroads in our lives where we have to make equally difficult decisions.

Reading about the lives of mature, Godly men and women gives me insight into God’s ways. The circumstances may differ, but the God we serve is the same. These saints may have lived in a different time and place, but their struggles are often my struggles. Their doubts are familiar. And their passionate pursuit of God inspires all generations.