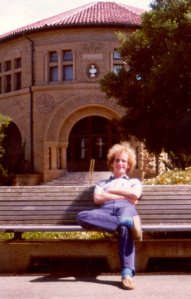 Pete and I were chatting with a friend, sharing stories about how we’d learned to trust God. So often we’re focused on what’s happening now that we forget to look back at the many years of God’s faithfulness and direction. As Pete related one major lesson he’d learned many years ago, explaining how it laid the foundation for so much of the ministry he had now, I realized that it’s a story worth sharing. I didn’t know Pete when this happened—I met him a month later—but it’s had a huge impact on my life. Maybe God will use it in your life, too.

The year was 1977 and Pete had just finished his sophomore year in college. One of six siblings, he was grateful for the one year of financial support his parents had provided, but that was long gone. Now it was up to him to earn enough to pay for both his tuition and his living expenses. It wasn’t easy. Just a few months earlier, he had remained on campus over the week-long spring break. The food service was closed, and he only had $5 in his pocket. It was just enough to buy a loaf of bread, a jar of peanut butter, a package of pasta, one pound of hamburger, and a couple of cans of tomato sauce. Food was cheaper then, but that’s not a lot to sustain a 19-year-old male for an entire week. I can only imagine how glad he was when the dorms re-opened the meal lines!

Now school was out. He and some friends had rented a house for the summer. He had a job on campus, part of his student financial aid package, so he had a modest income. Since that lean spring break he’d managed to save a bit over $300.

Then God asked him to give it all away.

Specifically, God told him to give the entire balance of his checking account to a couple in ministry on campus.

What would you do? I know how I would have reacted. Seriously God? Give away all I have to live on? Are you sure? Maybe I didn’t hear you right. Maybe that wasn’t really God. God would never ask me to give all my money away! Was that you?

What did Pete do? He did what God told him to do. With no small degree of trepidation, he rode his bicycle over to the couple’s house, knocked on the door, and handed them a check for $321.47—all the money he had.

In return he received two huge smiles! Beckoning him into their office, they held his check up to a bill that had been pinned to their bulletin board—a bill they had lacked the funds to pay. It was a medical bill—for $321. 34. God had even provided enough to cover the 13 cent stamp it would take to mail it—to the penny!

Our friend interrupted at this point, asking what would have happened if Pete hadn’t been obedient. Would the bill have been paid? Of course, we can never know the answer to “what if.” Knowing God’s character, we can guess that He would have met the need through someone else. Or not. There are definitely times when our disobedience hurts other people.

What we do know, however, is that Pete would have missed out on some very important lessons and a huge blessing. Seeing the matching numbers was a shock, but it was also a strong confirmation that Pete had indeed heard God’s voice correctly. That experience contributed to the confidence we have now, that when God speaks, we’ll hear him.

He experienced the blessing of knowing that his willingness to obey was an answer to someone else’s prayer. Have there been times when you knew, beyond a shadow of a doubt, that God was using you? It’s incredible, isn’t it?

Not least, Pete learned about God’s faithful provision. As the summer wore on, Pete’s financial needs were consistently met. He didn’t go hungry. He didn’t end up homeless. He was even able to take a two-week vacation with a bunch of friends, including a girl he had just met. Over those two weeks he spent hours talking to her—they seemed to understand one another so well! Forty years later, we still do.

PlantSelect® is for Colorado