Visiting a friend’s church recently, the sermon I heard really bothered me. In general, I hate to criticize pastors or their sermons, as I know the they spend a lot of time and effort composing something that they believe to be true and helpful to the congregation, but this one kept replaying in my mind. Maybe writing it all out will help.

The young pastor started off by reading Matthew 11:28, a familiar verse: “Come to me all who labor and are heavy laden, and I will give you rest.”

Then he asked some good questions: How do we come to Christ? We believe in Christ Jesus, but “where’s the beef?” Where do we get the power to live out the Christian life day to day? How do I hear His voice? How do I get the strength I need?

Stop at this point and consider—how would you answer this question?

END_OF_DOCUMENT_TOKEN_TO_BE_REPLACED

“God wouldn’t have given you a dream without giving you the ability to accomplish it. You have everything you need. … When God laid out the plan for your life, He deposited in you the skill, the wisdom, the creativity; everything you need to fulfill your destiny.”

This little quote appeared on Joel Osteen’s website on January 20. A friend noticed it and posted it to Facebook, where I finally saw it a week later. I must be part Berean, because for some reason these words bothered me and I, like the Bereans, felt compelled to “examine the Scriptures every day to see if what [Joel] said was true.” (see Acts 17:11) Can we all fulfill our dreams with abilities we already have?

END_OF_DOCUMENT_TOKEN_TO_BE_REPLACED

At least, the American church is a wimp. Happily there are exceptions, but for the most part, I see American Christians going to church, doing “good deeds,” perhaps tithing (although most give far less), even praying. But something is lacking. In most areas of life, we don’t stand out from the crowd. And we’re supposed to.

I think the problem lies in what a friend of ours (thanks, Dave) summed up as the focus of most Evangelical churches—they worship the Father, the Son, and the Holy Bible.

I’m reading Romans now, and in the very first chapter Paul writes, “who through the Spirit of holiness was appointed the Son of God in power….” A footnote explains that this verse could also be translated “who was declared with power to be the Son of God.” (Romans 1:4) Either way, it boils down to the same point—Jesus and power go together.

END_OF_DOCUMENT_TOKEN_TO_BE_REPLACED

When telling someone else about your faith, what do you think is most important? A clear, concise presentation of the Gospel? Good theology? Answers to all their questions? An exciting testimony?

No question, all those are important. As the church, we’ve put a lot of effort into making sure we can explain the Good News in a way a non-Christian can understand. We have tracts, websites, and billboards. Churches and neighborhood Bible studies describe themselves as seeker-friendly. We take classes in evangelism, learn the “Roman Road” verses and memorize John 3:16. Fans hold up signs at ball games and players tattoo Scripture on their arms, crediting God with every win.

With all the witnessing going on, you’d think the church would be growing by leaps and bounds—but it isn’t, at least here in the U.S. Why not? Could it be that we’re going about evangelism all wrong?

END_OF_DOCUMENT_TOKEN_TO_BE_REPLACED 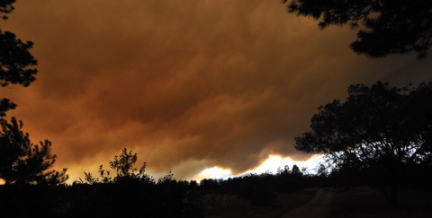 I’ve been through two deadly earthquakes, billiard ball-sized hail, and a hurricane, but none of these prepared me for an out-of-control wildfire. We feel blessed that our home is out of danger, at least at this time, but we live in a forest, with trees surrounding (at the requisite 30 foot distance) three sides of our house. The neighborhood of several hundred homes that went up in flames Tuesday night is only twelve miles away—less if you’re a wind-borne ember.

I’ve been on Facebook a lot the last few days, trying to see how friends are doing, letting people know we’re okay, and posting photos of the fire as seen from our driveway.

END_OF_DOCUMENT_TOKEN_TO_BE_REPLACED 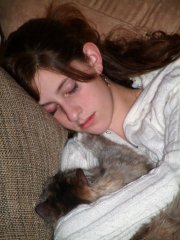 It’s two o’clock in the afternoon and I’m sitting at my computer, trying to order my scattered thoughts into a coherent blog post. I’ve been up since before six; we have plans for this evening. Bedtime is hours away. What I really want is a nap.

I’ve never been one for napping much. The problem wasn’t one of falling asleep in the middle of the afternoon. That was easy. The difficulty was waking up again. My college roommates used to go lie down for 15 minutes and come back refreshed and functional. When I tried to copy them, I’d be out for hours and groggy for the rest of the day. I wouldn’t really wake up fully until the following morning. That was not at all helpful for completing term papers or studying for exams.